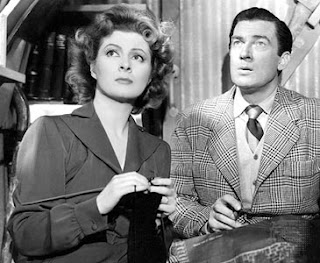 This is a moving drama about the trials and tribulations of a British family faced with the onset of World War II. Greer Garson, in the title role, portrays a strong woman who leads her family through a most difficult time. She won, and deserved, the Academy Award for her perfect performance. This film won 5 other Oscars including Best Picture and Best Director. This is a touching film that will tug at your heart, but, thankfully, it lacks the syrup of so many films that attempt to be moving. Mrs. Miniver feels honest. Because of that honesty the viewer can't help but be emotionally tied into the events portrayed.

This film receives a lot of credit for helping to move American attitudes towards supporting the British people. It was released in 1942 just as America was joining the war. The U.S. had been a country that was torn about becoming involved in another "foreign war". America had been attacked by the Japanese, but our national emotions were greatly moved towards supporting the individuals living under attack in England by this tale of strength and heroism under fire. 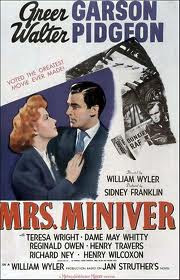