As Far As My Feet Will Carry Me 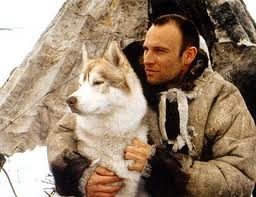 If this story were fiction you would laugh it off as ridiculous. Because this is the true story of a one-man, three year trek across Siberia it is compelling and powerful. As Far As My Feet Will Carry Me tells the true story of an escaped prisoner of war after World War Two. The Russians have captured this German soldier and sentenced him to 25 years of hard labor. He is shipped off to a mine located in the farthest reaches of Eastern Siberia. After being there for over 3 years he escapes. He must then travel over 3,000 miles in a desperate search for freedom and a return to his home and family. Most of that voyage is spent alone and on foot. In some of the most inhospitable terrain on Earth. 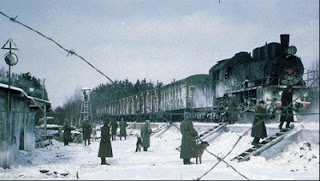 Director Hardy Martins does some fine work with an extremely small cast. Screen writers Bastian Cleve and Bernd Schwamm, along with Hardy Martins, use the facts of the day to tell a powerful story. But it is the acting of Bernhard Betterman, as Clemens Forrell, that carries this film. He is on-screen in almost every shot and is, of course, the focus of the movie. Much like Tom Hanks in 'Castaway' Betterman must grab our attention and our sympathy for us to enjoy the film. And he does. Having done most of his work on German television Betterman is up to the task of carry the film.

Along with Betterman's performance, the director deserves kudos for going to Siberia to shoot much of the film on location. It is truly a beautiful place, at least when the weather isn't horrible. Gorgeous mountains, rivers and fields dot the film as we make the difficult journey towards freedom. As Far As My Feet Will Carry Me is a powerful true story of the human spirit. The dedication and effort put for by Forrell to return to his family is amazing. I also found the fact that many people in Soviet Russia were willing to help him to be inspiring. Even under the oppression of Stalin and the dangers of death or Gulag imprisonment many individuals endangered themselves to help this lonely man. It is wonderful that people can find others to help in their most desperate of hours.

Directed by Hardy Martins, written by Martins, Bastian Cleve and Bernd Schwamm, starring Bernhard Betterman, Mcihael Mendl, Anatoliy Kotenyov and Irina Pantaeva. If you find the film compelling, get the book upon which the film is based. The book goes into greater detail of his journey across Siberia.
Tweet 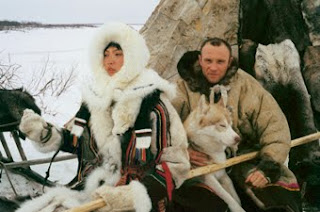 Posted by CinemaSteve at 5:00 AM