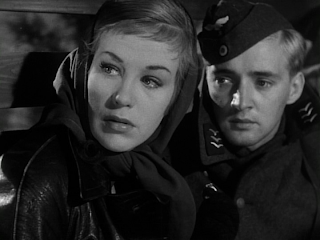 1952 nominee for Best Picture is relegated to the rarely seen pile of lost movies. I am a large cinema buff and just viewed this for the first time. No showings on Memorial Day, Veteran's Day nor any other typical platform for WW2 films. Perhaps that is because it is about Germans. Specifically Germans who are captured that agree to return to Germany, before the end of the war, and spy for the Allies. Espionage is a difficult subject to portray when you are spying on your own country of birth. For a spy film to be successful the traditional formula is for a patriotic vision in which a hometown boy risks life and limb for God and Country. But here the spies are spying upon their own homeland. Risky subject matter.

Decision Before Dawn handles the issue with aplomb. Because it is a true story, one in which the writers took little liberty to change the facts for "dramatic" reasons, this film held my attention throughout. Based on the book by George Howe who was an Army Intelligence Officer during the war. It is the first film, at least that I can think of, after WW2 that portrays ordinary Germans as people not as warmongering barbarians. People who are caught between a fanatical regime and a horrible war. I have thought about the situation that these "spies" faced. Returning home to report on your countrymen in an effort to end a bloody war. A most difficult situation for anyone. 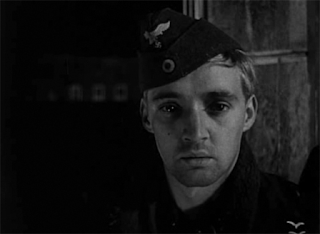 Director Anatole Litvak does a fine job juggling the characters and emotions. Coming off of his Oscar nominated direction of 'The Snake Pit' he was given the opportunity to tell a different story in a very direct fashion. There are a few moments of patriotic fervor, but overall the tone is honest and direct. But the real focus of the movie is held by Oskar Werner. This Austrian-born actor plays the torn, but compelling spy 'Happy'. Much of the story inside Germany focuses upon his efforts to obtain important information. His handling of the emotions felt by a person faced with such choices is excellent. Richard Basehart and Gary Merrill, two well known character actors, play his American supervisors. Both are strong in their supporting roles. I also appreciated the work of Hans Christian Blech. He plays another German who volunteers to go back to Germany and spy, but his motives and actions are much clearer than Werner's.

This is a simple film that tells a complicated story. I appreciate the efforts of the Director, Screenwriter and cast to provide insight into a most difficult situation. One fun aside:look for Klaus Kinski in one of his first films. He plays the whining soldier.