Powerful, yet simple. Sad, yet funny. Basic, yet deep. Just a wonderful film. 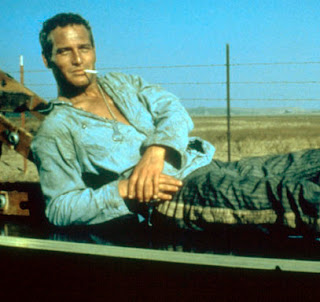 1967 gave filmgoers a magnificent gift. Paul Newman as rural convict Cool Hand Luke. Luke is in a work camp for a variety of small crimes. Like most of the inmates he is unhappy about being in prison. The ever-present desire among the convicts is to escape the drudgery of work. The heat, incarceration and lack of stimulation is crushing their bodies and spirits. Luke needs to find some way, or ways, to deal with the pressure of life and of jail. This film tells the tale of his relationships. With other inmates, with jail staff, with the outside world, but most of all with himself. He is uncomfortable with himself. And that is the root of all his issues.

tells a number of vignettes about Newman's interactions with everyone in his world. Some are poignant, others sad, many humorous. But this entire film is powerful. A great view for the first or tenth time. The hardboiled eggs, the car wash, road work and his rise then fall then rise again are captivating. Please take the time to enjoy this most amazing cinema adventure. 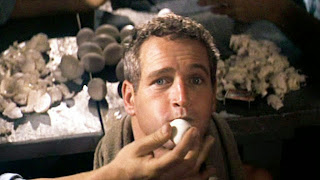 After a viewing for pure enjoyment you may wish to "celebrity watch". The cast is quite deep. George Kennedy, as Luke's biggest supporter and rabble-rouser Dragline, won the Best Supporting Actor for his work here. Also fantastic is Strother Martin. "What we have here is a failure to communicate". Keep an eye out for MASH's Wayne Rodgers, Harry Dean Stanton, Dennis Hopper, Rance Howard (father of Clint and Ron), Joe Don Baker and Joy Martin as "the girl". When you see her scene, you can't miss it, remember that she was not on the set when the men were filmed. Just fun acting was had by all.

Filmed in 1967, directed by Stuart Rosenberg, written by Donn Pearce and Frank Pierson from the novel by Pearce, starring Paul Newman, George Kennedy, Strother Martin, Jo Van Fleet and J.D. Cannon. Nominated for 5 Academy Awards. One bit of trivia. The music was written by Lalo Schifrin for this film. It was later take by ABC for Eyewitness News. Not the other way around. 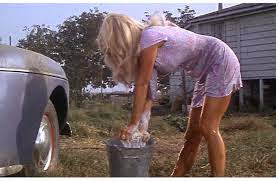 Posted by CinemaSteve at 9:33 PM