Since this Warren Beatty gem is on TCM tonight, I thought we should take a quick look! 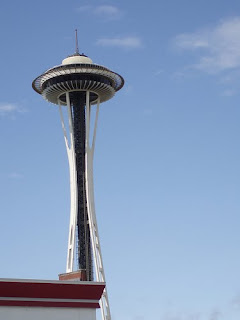 After viewing this film for the first time I found myself amazed and let the credits roll-by without a glance. It took me a few minutes to get my brain around the ideas and cinematography of The Parallax View. It is not what I expected in any way, shape or form. Surprising, a little disturbing and quite unique. I usually enjoy movies when they can surprise me and this one sure did.

Warren Beatty plays a minor reporter in 1970s Seattle. He is one of a group of 18 people who witness the assassination of a U.S. Senator. 3 years later another of the witnesses searches him out. She is petrified because the witnesses are being killed-off. She fears for her life. Beatty thinks she is paranoid and ignores her information. Until she turns up dead. He then takes off on a search for the truth behind the assassination. This leads him to the Parallax Corporation. He believes they orchestrated the killing and subsequent cover-up. He decides to infiltrate Parallax and expose their ways. 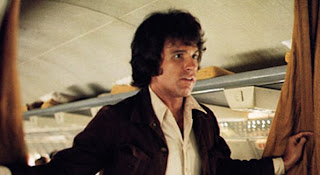 The script, written by David Giler and Lorenzo Semple, Jr., is complex. But it is the directing of Alan J. Pakula and the cinematography/photography of Gordon Willis that define this film. For the first 45 minutes or so I was frustrated with the directing and editing. They did not allow me to comprehend a situation before jumping to another part of the story. I then realized that is the plan. Pakula and Willis use the lighting, editing and photography to keep the viewer slightly off-balance. Just like the reporter Joe Frady (Beatty). This works to great effect as the story develops. I was unsure what was happening and, more importantly, what would happen. These techniques make the movie so much more than the usual conspiracy film. Don't miss it!