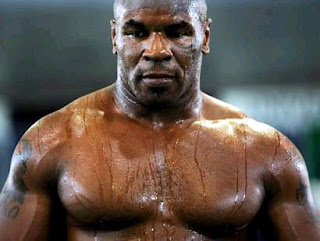 Fabulous documentary that provides an in-depth look at boxing great Mike Tyson. Tyson is undergoing a bit of a resurgence now. He is filming 'The Hangover 2' and received nice comments about his work in 'The Hangover'. While that film is one of the funniest of the decade, this film is intense and very personal.

Tyson provides a great deal of personal information for this documentary. He has a "no-holds barred" approach and is both honest and self-critical. I have a much different opinion for Tyson after viewing this film. Writer/Director James Toback deserves credit for allowing Tyson to tell his own story. We see the highs of his boxing career sink to the lows of his rape conviction, bankruptcy and public humiliation. The end of the film, in which Tyson speaks about his own desire to change and improve, is moving. I know Tyson the boxer, but now I feel I know, at least a little, Tyson the person. 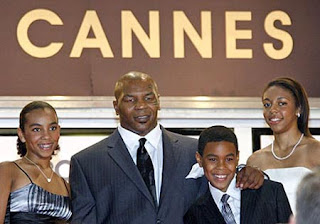 One moment that I found particularly enlightening. Tyson sued his boxing promoter Don King. He does not speak well of King. The court awarded Tyson a large sum of money, but Tyson does not know how much. "20 million or maybe 30 million dollars". He is not sure. But he is sure that it "wasn't much money". Perhaps to Mr. Tyson that's not much money, but to me it sounds pretty good!

Tyson is an insightful documentary that was nominated for many critical awards. I believe you will find much of interest in this strong film.

Filmed in 2008, written and directed by James Toback, starring Mike Tyson, Cus D'Amato, Mills Lane and many boxing greats.
Posted by CinemaSteve at 8:38 PM