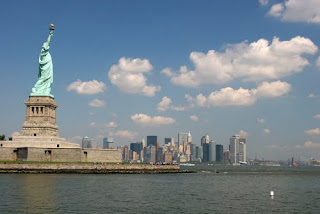 I decided to bundle these two similarly-themed films into one package for your entertainment. Both of these films came out in the mid-to-late 80s and are set in New York City. That is not the New York of today, but the crime-ridden, anger-filled, anti-everyone New York of the 1980s. The city had come out of bankruptcy, but was still dealing with financial problems, large amounts of crime and the general bad attitude of its citizenry. Both of these movies exploit/expose the underbelly of the world famous "New York hospitality". That is to say, none.

Both of these films tell the stories of New Yorkers who are having a difficult day/night. Each need the help and support of the people around them. And whether they are new friends or just passers-by, that help is very hard to find. Things spiral out of control with one disappointment following another. If only our lead characters could find a little compassion or understanding. But the film makers, who are from the city, found few givers of the help/compassion/understanding type. Also, both of these films can be a little painful to watch. I want the protagonist to succeed, but New York just keeps conspiring to get in the way. 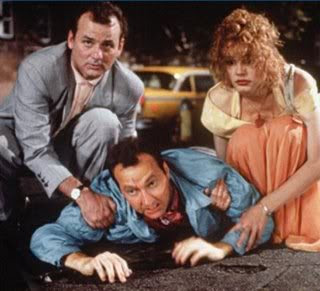 This is the directorial debut of Bill Murray. When his original choice for director, Jonathon Demme of 'Silence of the Lambs' and 'Philadelphia' fame, became unavailable Murray decided to direct himself. Along with the movie's writer Howard Franklin this became the only time Murray stepped behind the camera. The plot follows Murray and his accomplices Geena Davis and Randy Quaid as they rob a bank in New York. After escaping with the money, all that is left is a quick drive to the airport and their escape to tropical lands. Of course, that becomes impossible. Disasters, large and small, conspire to keep them from their successful escape. But what fun would it be if they just drove to the airport and flew out of the country? The advertising tag line for this movie is "The bank robbery was easy. But getting out of New York was a nightmare." That sums it up. 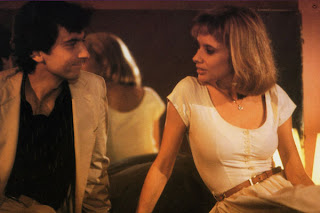 After Hours is probably the least-watched film of all the work of director Martin Scorsese. Famous for his urban, gritty feel, Scorsese tells the story of one extremely difficult night in the life of 'Paul Hackett'. Hackett is well portrayed by Griffin Dunne. Dunne is one of those actors that everyone thought would be a star, but never quite caught on with the viewing public. He does an yeoman's job here. Hackett has met an interesting woman on his way home from his word processor job. He is invited over to her apartment very late that night. The movie becomes more and more bizarre as each new character is introduced. Originally hoping to hook up for sex, now all he wants to do is get home. Again, New York City conspires against our protagonist. Will he ever get home? I love the surreal sequence of the angry mob searching the city for him being led by an ice cream truck playing its music. Just what is Scorsese trying to say when an angry mob is led by every child's favorite, the ice cream man? The tag line for After Hours is "What's the worst night you ever had? . . .". Again, that sums it up.

Part of the fun of both these films is the casts. Look for many to-become-famous actors in small parts throughout these films. In Quick Change be sure to look for Stanley Tucci, Tony Shalhoub of 'Monk' and the late Phil Hartman of 'Saturday Night Live'. After Hours features performances from Teri Garr, Rosanna Arquette, Catherine O'Hara of 'SCTV', Cheech and Chong and Bronson Pinchot of 'Perfect Strangers'.

I like both of these films. They are cynical, hardcore looks at America's largest city's underbelly. They were made by New Yorkers about New York. I never lived there and, after watching these two movies, I am glad I never did.

After Hours was filmed in 1985, directed by Martin Scorsese, written by Joseph Minion, starring Griffin Dunne, Rosanna Arquette, Cheech and Chong, Verna Bloom and Catherine O'Hara.
Posted by CinemaSteve at 5:00 AM