After watching this fantastic film, again, yesterday, I had to write about it today! 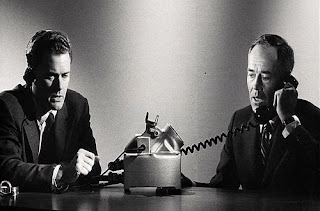 Overwhelming tension builds throughout this intense tale of the Cold War during the 60's. Henry Fonda portrays the President of the United States. He is faced with the very real possibility of the end of life on Earth. Through a series of mistakes, a group of American bombers are sent on a mission to nuke Moscow. Fonda must make immediate decisions on how to save humanity, speaking with the Russian Premier on the "hotline" while the minutes to nuclear annihilation speed by.

The final decisions and actions are monumental. You must watch Fail-Safe to its last gripping minute!

Based on the bestselling novel by Eugene Burdick and Henry Wheeler. Walter Bernstein does a terrific job of transferring the tension from the pages to the big screen. Director Sydney Lumet has the difficult task of creating drama with dialogue. He conquers this task admirably. Lumet also uses lighting and camera work to aid in creating drama.

Henry Fonda does his usual fine job as the President. All the pressure that comes with the job is apparent. Fonda uses not only his voice, but body language and facial expressions for maximum effect. Larry Hagman, of 'I Dream of Jeannie' and 'Dallas' fame, does a wonderful job as the translator. Walter Matthau is featured as a "hawk" pushing the President to "finish the job". 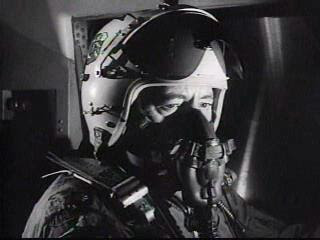 Fail-Safe is a dynamic metaphor for the Cold War. Two nations each intensely afraid of the other. Two sides within each nation arguing over peace vs. war. Most of humanity having no idea how close we came to a nuclear end. Perhaps we don't know how close we are today.