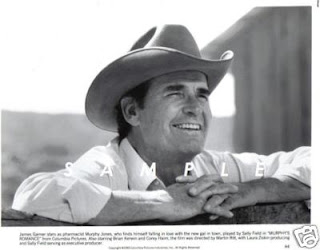 Murphy's Romance is a wonderful romantic comedy. Sally Field plays Emma Moriarty, a woman that moves, with her adolescent son, to a small town in Arizona. She is looking for a fresh start on life. She rents a horse ranch and attempts to rebuild her life and herself in this most rustic setting. James Garner plays Murphy Jones, the town pharmacist and philosopher. He has a prosperous business and is settled in this small community. While there are many bumps along the way, Emma and Murphy belong together. Can they each overcome their baggage and be together?

This film is charming and sweet without being syrupy. It is written for adults. People who have experienced some of life's successes and failures. Who have loved and, perhaps, lost. The script, written by Harriet Frank and Irving Ravetch, is intelligent and entertaining. I deeply appreciate writers that respect the viewer and who write for film goers who are able to follow a plot.

Director Martin Ritt does a fine job supporting two great actors. Under his direction 13 different actors received Academy Award nominations. Ritt allows the story to unfold and for us to get to know, and like, Emma and Murphy. James Garner received his first Oscar nomination for Murphy's Romance. It is well deserved. Garner does a terrific job. He is attractive and personable, while still seeming reserved. Sally Field's acting is also superb. Her ability to be both a weak and strong woman in the same film is not easy.

This is a terrific date movie. It has strong leads and an interesting story line. Murphy's Romance should bring a sense of romance to any viewer. 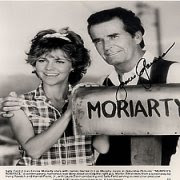 Filmed in 1985, directed by Martin Ritt, written by Harriet Frank, Jr. and Irving Ravetch, starring James Garner, Sally Field, Corey Haim and Brian Kerwin. If you are ever in Florence, Arizona, look for the lunch counter. It is located near downtown.

I wrote about my appreciation for James Garner in an earlier blog about 'The Americanization of Emily'. You can read that entry here.
Posted by CinemaSteve at 5:00 AM