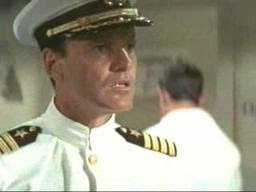 An intense look at the buildup and attack at Pearl Harbor told from both the U.S. and Japan perspectives. Tora! Tora! Tora! is the best film showing the intensity, hardship and action of World War Two. The American story was performed and directed by an American crew, while the Japanese side of the story was done by a Japanese crew. This includes the actors speaking in Japanese. This provides an authentic feel that is missing from many war films.
The sequence that dramatizes the actual attack upon Pearl Harbor is technically awe-inspiring. It is quite dramatic and intense. I am amazed that, even though I know the history, how nervously I view this film. Telling both sides of the story makes this film much more intriguing than the over-the-top treatment given by Michael Bay in his Pearl Harbor. 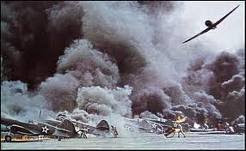 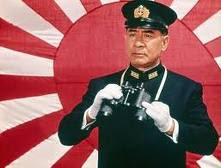 An interesting film note. During the attack sequence, a plane blows-up while moving along the ground. The propeller flies off and "rolls" toward some people. Those stunt people appear to run for their lives. This is not acting, but the result of a malfunction of the stunt plane. It was exploded much sooner than planned and the explosion caused pieces to fly towards the stunt actors. It views as extremely realistic because it is!
Posted by CinemaSteve at 7:26 AM