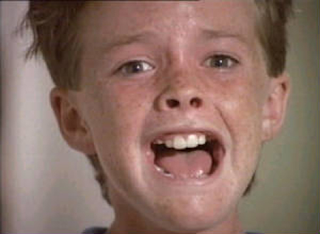 No film starts out hoping to be terrible.  But, somehow, a very large number of very bad movies have been made and, unfortunately, seen.  This intriguing documentary tells the tale of one of those horrible films.

In 1989 an Italian director named Claudio Fragasso went to Utah to film a script written by his wife Rosella Drudi.  Using an incredibly small budget, local non-professional actors and almost no effects they created 'Troll 2'.  The finished film was never released for the big-screen.  It aired a few times on cable and then attempted to fade into oblivion.  But a small group of rabid fans have, one-by-one, convinced others to see this movie.  They found the lack of acting talent, effects or continuity to be endearing.  Slowly, over a decade, these fans found others who love this terrible movie.

Best Worst Movie attempts to provide some explanation for how this phenomenon occurred.  Filmmaker Michael Stephenson takes his cameras to showings of 'Troll 2'.  Showings, not on movie screens, but instead in comedy clubs, office buildings and bars.  Showings that are sold out by fans seeing the films for the 1st, 20th or 100th time.  The documentary goes on to follow 'Troll 2's adult star George Hardy from his hometown in Alabama as he attends screenings around America.  Screenings where he is treated as a "star" with photo and autograph requests and standing ovations. Stephenson brings a unique perspective to this documentary.  You see the director of Best Worst Movie played Joshua Waits, the young boy who is at the center of 'Troll 2', as a youngster.  He thought it was going to be his "big break" and that he would be a movie star.  Movie stardom was not to be, but Stephenson has made a compelling documentary.  This documentary is so engrossing that I have ordered a copy of 'Troll 2' for my own viewing.  It has been on many a worst-film list and I have  always avoided seeing it, but now is the time.

Even if you choose to avoid 'Troll 2' I highly recommend you enjoy this entertaining documentary.