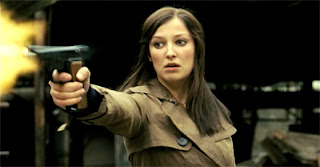 During the 1970s, West Germany was worked into a state of near panic by a terrorist organization known as The Red Army Faction (RAF). This fantastic film tells the story of their "rise" to prominence, the massive efforts of the German government to arrest them and the eventual fate of the major players. The attention to detail and accuracy are fairly strong, which is something I appreciate. To often film makers will change history to "make it more interesting". Not too much in this film. Just a gritty and horrifying story of murder, fear and crime run amok.

Director Uli Edel does a wonderful job in telling a complex story. With the focus on not just the terrorists, but their pursuers, we get a rich and deep story of corruption. The corruption of idealists who say they want to change the world for the better, the corruption of the police who say they want to protect freedom and the corruption of the public in their ever-increasing demand for "safety". Over the last 40 years many aspects of life have been radically and permanently altered in the name of safety. I don't know how much safer we may be, but massive terror activities of the RAF helped to start us down this road. 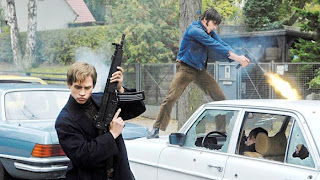 Martina Gedeck portrays Ulrike Meinhof. She is one of the leaders of the RAF and is, perhaps, the soul of the group. Gedeck's acting helps viewers understand what could push someone into terrorist activities. For me, she is the focal point of the film and really held the story together. Moritz Bleibtreu plays the other half of the leadership Andreas Baader. While Meinhof pulled at my empathy, Baader repelled me with his petty crimes and desire for blood. I found myself both sympathizing with and abhorring the RAF simultaneously. An odd emotional concept, but an interesting one. 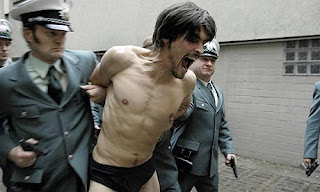 The Baader Meinhof Complex is a fascinating look at the repulsive activities of the RAF and the German government's effort to capture them. It also holds many parallels for society today.

Filmed in 2008, Directed by Uli Edel, written by Stefan Aust and Edel, starring Martina Gedeck, Moritz Bleibtreu, Johanan Wokalek and Bruno Ganz. This film was nominated for both an Academy Award and a Golden Globe for Best Foreign Film as well as German Film Awards for Best Film and Best Director.
Posted by CinemaSteve at 2:47 PM