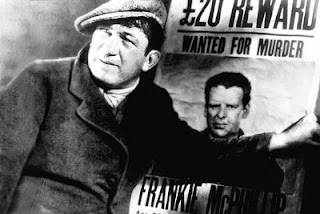 While The Informer is a film worth seeing, it is the cinema history and technical innovation that set this film apart. This film won director John Ford the first of his record 4 Academy Awards for Best Director. Ford his famous primarily for films that came after this ground-breaking drama. But it is in this film that you see his transition, as a director, from silent films to "talkies". He still uses many silent film techniques including long close-ups and exaggerated facial expressions. But here, in The Informer, he uses the musical score like no film had before. So much of the mood is set by the music. Max Steiner also won an Academy Award for the score of this film. Also, the lighting and camera work are all precursors to techniques that would dominate film making to come. 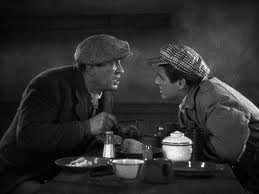 The Informer tells the story of a down-on-his-luck Irishman in Dublin in 1929. He is broke, hungry and a victim of the British occupation of Ireland. He has been working for the IRA in their effort to free Ireland. Victor McLaglen portrays Gypo Nolan. McLaglen becomes a regular in the John Ford troupe of actors and wins an Oscar for Best Actor for this film. Gypo is not-so-bright, but good with his fists. For six months Gypo has been sheltering his friend, Frankie McPhillip, from the British authorities who want him for murder. But the lack of opportunity, the poverty, the despair finally catch up with Gypo. He turns in his best friend for the reward money. The film tells the story of how Gypo deals with the guilt of informing and his effort to avoid the suspicions of the IRA.

This is not a perfect film. Some of the tone is dated and the acting is a little stiff. However, it is an important film. Well worth seeing to view the blossoming of the amazing talent that is director John Ford. He also won Best Director Oscars for 'How Green was my Valley', 'The Grapes of Wrath' and 'The Quiet Man'. He is in the discussion for best American film director. 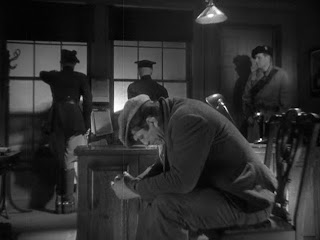 One other Oscar note about The Informer. Screenwriter Dudley Nichols won the Oscar for Best Writing for this film. He goes down in Academy history as the first person to refuse his award.

Filmed in 1935, directed by John Ford, written by Dudley Nichols, starring Victor McLaglen, Wallace Ford, Heather Angel, Una O'Connor and Preston Foster. For John Ford buffs, such as myself, you can look for many of the John Ford regulars throughout this film. This movie was a box-office bust upon its release. But it was re-released after winning 4 Oscars. It then grossed in the millions. It was only 1935, but the Academy Awards were already proving their financial worth to the studios.
Posted by CinemaSteve at 11:02 AM