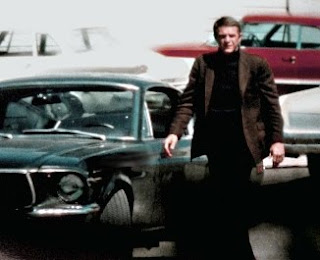 Before Denzel won his Oscar for 'Training Day', before Seagal and Van Damme, even before Clint Eastwood as 'Dirty Harry' there was Bullitt. This is the film that invented a genre. The idea of the rogue cop, an officer that ignores his superiors and just hunts down the bad guys, did not exist in big movies before Bullitt. The King of Cool, aka Steve McQueen, portrays Frank Bullitt a San Francisco police officer. His assignment is to guard a high-profile witness. When the witness is attacked, while he is off-duty, Bullitt decides to pursue the assailants no matter where the case takes him.

Today, Bullitt is most-often referenced because of the car chase. It is a great car chase. But the film is more than the car chase sequence. It is a taut, story-driven action film about corruption, crime and the efforts of the police to battle against powerful foes. Det. Bullitt lives a simple life. He is focused on working to make San Francisco a little bit better. But sleazy politicians and the police bureaucracy keep getting in his way. If he is to accomplish anything, he must move beyond the normal rules of police work. 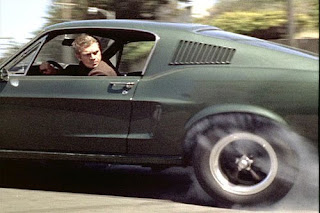 This film started, for better or worse, the rogue cop genre. Clint Eastwood, as Dirty Harry, became the King of rogue cops, but dozens of lesser films have copied, in whole or part, Bullitt. But Steve McQueen is still the best. From the Mustang to the clothes to the fast draw holster McQueen is the King of Cool. McQueen was at his height of popularity when this came out. It didn't seem possible, but he became a bigger star after Bullitt. 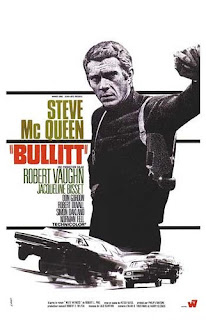 The Mustang and the city of San Francisco are major players in this movie. The amazing muscle car streaking through the scenic cityscape is fantastic. Throughout the film both the car and the city play important features in mood and tone. Director Peter Yates did a fantastic job of using McQueen, the car and the city as almost one actor. The combination made cinema history. Robert Vaughn does fine work as Walter Chalmers the sleazy politician pushing McQueen to solve this high-profile case. Also, look for Robert Duvall in one of his earlier appearances.

Posted by CinemaSteve at 1:34 PM