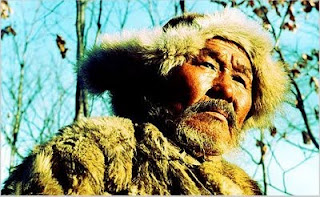 This is a beautiful film. Beautiful to view with its magnificent cinematography. And beautiful in emotion. The relationship between the main characters is heartwarming. The scenery is a joy to behold.

Dersu Uzala was written and directed by Japanese master filmmaker Akira Kurosawa. He is best known for 'Seven Samurai' and 'Rashomon', but many have missed this wonderful film. Set in Siberia during the early 1900's, this is the story of a Russian surveyor sent to map the wilderness. He is an army officer and has a small compliment of enlisted men to assist. He, and his men, have guns and equipment and are quite confident that they can handle the job with ease. But Siberia turns out to be much tougher than they expected. While on their surveying mission they meet the title character, Dersu Uzala. He is a member of the Goldi people and is a man who has become one with the forest. The Captain of the Russians hires Dersu to be their guide. This decision comes to save him, and his men, on different occasions.

The film is a study in contrasts and our ability to overcome them. And, perhaps, cherish our differences instead of ridiculing or fearing them. Captain Arseniev, played by Yuri Solomin, is army trained, a man of the city and has a belief in science. Dersu Uzala, portrayed by Maxim Munzuk, is a man of the forest, calls everything "men", because everything has a spirit, and he has a lifetime of experience. But they each see the value in what the other brings to their relationship. They become very close and each treasures the other person. The two actors do a fine job sharing their character's affection for each other with the audience. I felt as if the Captain and Dersu truly understood and cared for each other. The film, in totality, is also a contrast. We get an intimate feeling for the characters while the scale is the large natural wonder of Russia. 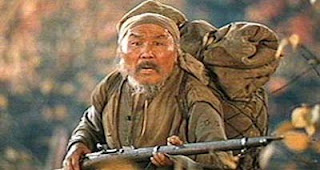 The other big "actor" is the landscape itself. Filmed in Siberia, the forest, rivers, mountains, steppes, ice and animals all become the third main character in the movie. Kurosawa has always shown a wonderful eye for cinematography. He uses length to convey to the viewer a sense of awe and beauty and the massive scale of Siberia. There are long shots of the wild with no cuts, long lenses used to include many aspects of the landscape and long interactions between characters for us to get to know their inner selves.

Dersu Uzala won the academy award for Best Foreign Language Film in 1976. The writing and directing of Akira Kurosawa earned that award. This film is in Japanese and Russian with English subtitles.