Soy Cuba (I Am Cuba) 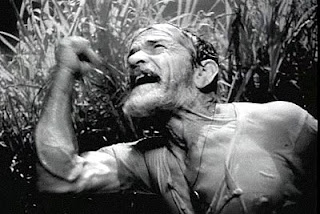 I am not recommending this film. Just wanted to be clear. I think it is way over-hyped. While the camera work is amazing, especially considering it was filmed in the early 60s, I found everything else about this film to be substandard. The acting is non-existent, the "script" horrible and the narrative is nothing but propaganda. However, it is revered in the film community. The DVD was painstakingly restored after years of pressure from film makers. My copy credits both Francis Ford Coppola and Martin Scorcese for resurrecting this lost work. I can only assume that since the film is about the evils of capitalism and the purity of the socialist, Bolivarian revolution that these esteemed directors were influenced by the politics and not the film itself.

Soy Cuba is also heartily endorsed by almost all the major critics in the West. From the New York Times, to the Los Angeles Times and on to major European newspapers, film critics from around the world use words like "visually stunning", "intoxicating" and "masterpiece" to describe this movie. I found it to be none of those things. To me, it is just a cheap piece of propaganda that shows little film making skill. 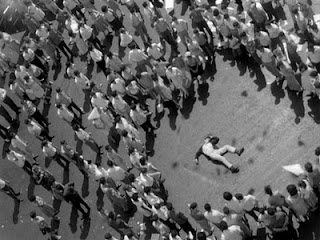 Except for the camera work. Director Mikhail Kalatozov, who is Georgian not Russian, manifests some of the most amazing tracking shots ever filmed. This was done in an era long before the invention of the steadycam. I have no idea how he accomplished these shots. In one long shot he travels around a hotel and its pool, seemingly down the outside of the building, across stairs, streets and hundreds of obstacles. The tracking shots are amazing! But, technically, everything else in this movie is weak. I appreciate the propaganda value much more than the praised soundtrack, acting or cinematography.

To each their own. I did not enjoy this movie nor would I recommend anyone viewing Soy Cuba. But so many great film professionals consider it to be fantastic. I leave the final decision to you. Unless you are in film school. Then watch this movie and tell me how they did some of those amazing tracking shots!