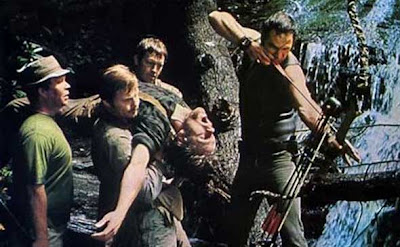 This is one of the most intense and terrifying films ever made. You can keep your chainsaws, hockey masks and clown faces. Deliverance will curdle your blood. Not with gore or fake blood, but with intense fear. "He's got a real pretty mouth" will never be spoken again without millions of people cringing. I get a sinking feeling in my stomach just thinking about this film.

Deliverance tells the story of four businessmen who decide to raft down an Appalachian river before it is dammed. After the construction of the dam is finished there will be no more rapids. But, for now, the river is a force of nature. Along the way they meet some of the local mountain people. There is a clash of cultures that is amazing. In just a few hundred miles within America the differences between the city businessmen and the mountain people is astonishing. Director John Boorman's decision to hire almost all locals for the secondary parts adds to the realism. Some incredibly dangerous river rapids are feared by the men from the city. But they should fear two of the locals they will meet much more. For those who have yet to see Deliverance I will not spoil the shock, but be prepared for a major plot-twist. 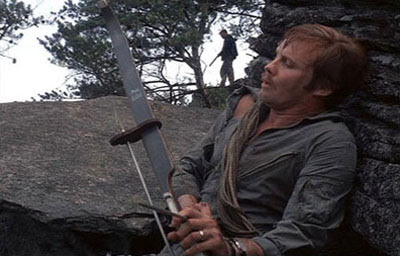 Burt Reynolds, Ned Beatty, Ronny Cox and Jon Voight portray the canoers. Each play their persona very well. But it is the menacing villains, played by Bill McKinney and Herbert "Cowboy" Coward, who fill me with fear. They are two of the finest movie bad guys ever! I still get nervous, apprehensive and a little disgusted when they appear on screen. Director Boorman and screenwriter James Dickey, who adapted the screenplay from his novel, do a fantastic job. They allow the beautiful and powerful wilderness to be a major part of the movie. The mountains, countryside and especially the river should be given acting credits. Nature is a major player in this movie.

Cinematographer Vilmos Zsigmond deserves rave reviews. It is not easy to capture the raw energy and excitement of roaring rapids while still keeping the film personal. His work on Deliverance is top-notch. He also deserves kudos for 'The Deer Hunter', 'Close Encounters' and 'Heaven's Gate'. The year after the release and success of this film hundreds of people attempted to recreate the film and shoot the rapids shown here. 31 people drowned attempting to canoe this extremely dangerous river! 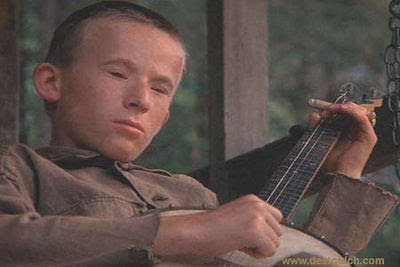 Many people exit Deliverance humming the Dueling Banjos music. The scene with Ronny Cox and Billy Redden "dueling" is a classic. The single went on to be a big seller and the footage of the "bluegrass battle" is a popular item on youtube. Use this link to see just the banjo sequence. I am not sure why it is called 'Dueling Banjos' when one of them is playing a guitar?