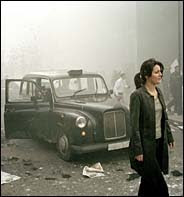 Interesting film about the lead-up and aftermath of the explosion of a "dirty bomb" in London. This film shows the terrorist event from many different angles. It reminded me of the British 'Traffik'. While that was about the drug war and this is about terrorism, the films are similar in their scope. Dirty War shows the bombing from many different perspectives. This film focuses upon the terrorists as they prepare to carry out their attack, the first responders training and dealing with the event, politicians dealing with the pressures of such a disaster and investigators trying to apprehend the terrorists and stop the explosion. The film also deals with the aftermath of such a tragedy. Showing how unprepared we may be for such dealings is an important part of Dirty War. 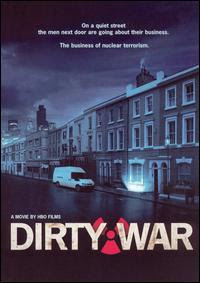 The cast is made up of unknowns and none of them get major screen time. This movie is primarily a "procedural" where we are included in the workings of many types of professionals. It attempts to be informative and not fear-mongering. The fact that most cities are under-prepared for a radiation-filled explosion should come as a surprise to no one. The devastating effects of radiation makes it almost impossible for anyone to be fully prepared. There is a quick debate in this movie about that very fact. I also appreciated the films dispassionate look at all the involved parties. From fire fighters to politicians to police investigators to terrorists Dirty War tries to show us the motivation and tactics used by all the parties.

The film is a little disturbing. The idea of being trapped in a major city, with hundreds of thousands of people, while a radiation-laced bomb is exploded should disturb anyone. However, the film makers did a fine job of showing us some of the realities of just such a disaster. The script is compact, most of the characters seem real and the story moves at an excellent pace.