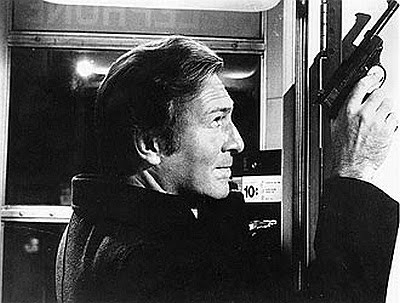 This film has everything. A tight and tense script from the early career of Oscar winning writer/director Curtis Hanson ('L.A. Confidential'). A terrific, understated performance from Elliott Gould. Christopher Plummer as the villain/criminal mastermind. The type of crime against their employer that almost everyone has wished for at some point in their working career. It was filmed in the 70s so everyone is sleeping around and bras are no longer worn. John Candy, in a very small part, gets the beautiful girl. Just enough violence to keep you wondering about the fate of our anti-hero. Verisimilitude abounds. It seemed entirely an entirely plausible crime to me. The Silent Partner has plenty of tension, plot-twists, solid acting, taut direction, Christopher Plummer in drag and no bras to be seen. What more could you want in a crime thriller? Elliott Gould portrays Miles Cullen. He is the senior teller at a large bank in Toronto. He notices some suspicious behavior and believes the bank is about to be robbed. But instead of notifying the police he decides to keep some of the bank's cash for himself. The robbery takes place, the bank robber gets a little money and Gould gets a lot of money. Gould is elated. His life has been very sedate, almost boring, and the excitement of being a thief, along with the cash, has brought him a new interest in life. A few nights later his phone rings. The bank robber has figured out that Gould kept most of the proceeds of his robbery and he wants the money. Now! And so the game of cat and mouse begins. Plummer, playing the bank robber, is his most menacing self. Can Gould outsmart Plummer and keep the money without being caught or killed? 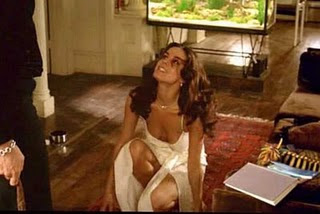 Both the writer and the director deserve lots of credit for making this a good film. Writer Curtis Hanson adapted the Anders Bodelson novel 'Think of a Number' into a nice, tight package. You can see the beginnings of the career that would later lead to the film noir masterpiece 'L.A. Confidential'. Director Daryl Duke takes the script and films a wonderfully compact movie. There are few extraneous happenings. Just plot and character development that moves the story along. Duke also gets a top-notch performance out of both Elliott Gould and Christopher Plummer. Gould plays the bank teller with an understated ease. You are never sure of his motives or plans. Plummer is the embodiment of quiet evil. He is menacing from the first time you hear his voice.

Writer Hanson and Director Duke have made a nice thriller. If you like a good suspense movie pick-up The Silent Partner.

Filmed in 1978, directed by Daryl Duke, written by Curtis Hanson, starring Elliott Gould, Christopher Plummer, Susannah York and Celine Lomez. Warning:There is one scene, towards the end of the film, that is slightly gruesome. Just in case you want to close your eyes.
Posted by CinemaSteve at 11:13 AM