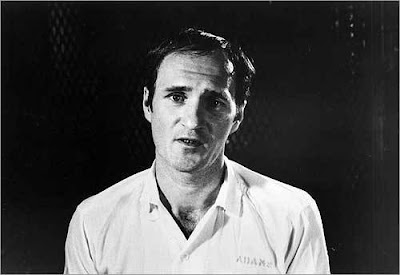 I got so angry and frustrated watching this fascinating documentary. Could no one see that Randall Adams was innocent? Why was he on death row in Texas? Why would the police trust the word of a many-time repeat offender and use such zeal in prosecuting this man? The vitriol began to spill from my lips as the film continued. We live in a wonderful country and still innocent people are being sent to their deaths.

Any time a movie can stir up such emotion it must be seen. I had avoided The Thin Blue Line because I knew many of the details. I wasn't comfortable with those details and knew that they would be difficult to watch. However, I am now very glad that I have seen this magnificent documentary. Director Errol Morris spent two-and-a-half years filming all the main players he could get to appear. He then recreated the scene of the crime from each of their perspectives. Each new witness, lawyer, police officer or defendant added new information. This movie plays like a mystery that has its secrets revealed. 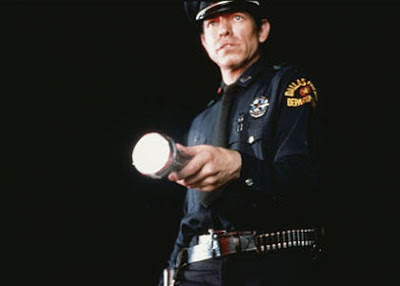 The documentary follows the story of Randall Adams. He had been convicted of murdering a police officer, in Dallas, Texas, and sentenced to death. He had maintained his innocence before, during and after his trial. The police spent almost a month hunting down the "cop killer" before a multi-time criminal named Adams as the shooter. He only volunteered this information after being caught for more crimes and was facing another stint in jail. Director Morris painstakingly interviews both Adams and his accuser, many police officers that were involved, the judge that oversaw the trial and Adams' defense lawyers. The Thin Blue Line is the result of all that amazing work.

Please don't let the powerful emotions scare you away from this terrific film. Yes, it creates strong emotions, but we all should be aware of what is still going on within the justice system. Rent, buy, netflix, somehow obtain this movie.

Filmed in the mid-80s, directed by Errol Morris, starring the actual participants. Errol Morris would go on to win an Academy Award for his wonderful documentary 'The Fog of War'. That is also excellent.
Posted by CinemaSteve at 12:05 AM