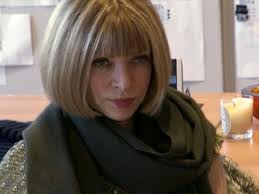 Fascinating documentary about the creation and publishing of the most important fashion magazine in the world, the September issue of Vogue. Director R.J. Cutler was allowed amazing access into the world of fashion publicity. He provides us with insight into the production of the industry's leader and the people who produce the magazine. Depth of character, interesting details and, perhaps, a new found respect for the fashion industry are all contained in The September Issue.

The documentary focuses most upon two individuals. Anna Wintour, the editor-in-chief, and Grace Coddington, the creative director, of American Vogue. Ms. Wintour comes across as a cold, business-first executive and Ms. Coddington shows her creative side and much more concern for the people involved. Each are very different, but they have put together the industry's dominant force. Those differences are highlighted within this documentary. If Wintour sounds like the Meryl Streep character in 'The Devil Wears Prada' it is because Streep's character was modeled on Ms. Wintour. Streep's Miranda Priestly shows much of the same character traits as Wintour. But in this documentary Wintour shows some of her personal/vulnerable side. Not much, but enough to make her real. 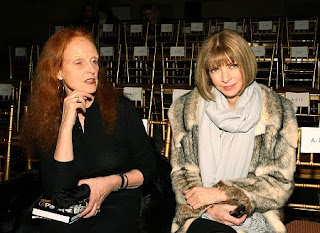 This is a terrific documentary about fashion, the publishing business and drive. Both of the film's focus have dedicated their lives to an industry that they love. And I loved this film.

Filmed in 2009, directed by R.J. Cutler, featuring the staff of Vogue.
Posted by CinemaSteve at 5:00 AM