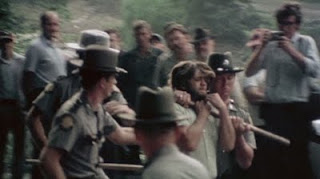 After viewing the fictional coal miners in 'How Green was my Valley' I decided to check out the real thing. This film is one of the most gut-wrenching and powerful documentaries I have seen. Harlan County U.S.A. is the academy award winner for Best Documentary that chronicles the 3 year struggle for union representation for coal miners in Harlan County, Kentucky. Their battle took place in the early 70's and became a national event. The filmmakers were granted full access to the union organizers in chronicling their efforts. They observed meetings in halls, rallies in churches and they visited homes throughout the region. Filmmakers also labored to record and preserve the rich history of song that miners and organizers wrote and sung about their conditions. There is a CD that contains much of this folk music history. 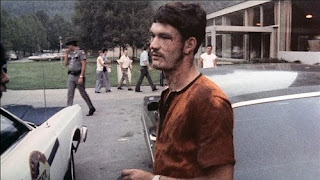 This film has amazing footage of the desperate conditions in which many of these miners and their families lived. It is stupefying that these conditions existed in the U.S., not in some undeveloped country. The mine provided housing to workers that had no electricity, heat or running water. There is fantastic footage of the President of the mine company complaining that the strike has interfered with the company's plans to upgrade the housing. As the dispute grew longer the tactics became more violent. Beatings, intimidation and shootings became frequent. A mine accident that kills 78 people galvanizes the press and the workers in their fight for better pay and working conditions.

The people who labored for years to make this documentary deserve all the credit anyone can possibly earn. Faced with physical and psychological intimidation themselves, they persevered in their fight to show the world what was happening. 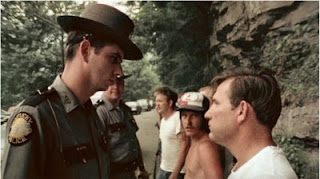 Harlan County U.S.A. is unnerving, powerful, intimidating, depressing and uplifting all in one experience. Don't miss it.

Filmed in 1972-1976, directed by Barbara Kopple, written and starring the people of Harlan County, Kentucky.