After reviewing 'Vanishing Point' yesterday, I started thinking about the great car chases in cinema. While the car chase goes back to almost the beginning of movies, it wasn't until the 60s that film makers found the full potential for drama of a great automobile sequence. Think about some of the moments in movies that caused your heart rate to go up while the speedometers went up as well. The evolution of film technology has pushed directors away from a car chase into more "modern" techniques. But, as I watch these films today, I find myself greatly entertained and amazed by the car chases in the films I list below. If you would like more information, Jesse Cross has written a fantastic book about the history of car chases. 'The Greatest Car Chases of all Time' is well worth the read.

I am referring to the ultimate car chase film ever made. NOT the horrible, awful, disgusting and putrid remake with Nicolas Cage and Angelina Jolie. Avoid the remake like the bubonic plague! The 1974 original is the most amazing authentic car chase. This film is 97 minutes long and crashes 93 cars. All real cars in real crashes being driven by real stunt people! The final 40 minutes are one long chase. Better than any other chase filmed. Early in the movie a tow truck that is towing a car attempts to elude the police in a sequence filmed, I think, in Long Beach, CA. You must respect any director that films a tow truck chase.

Unfortunately, the remastered DVD has slaughtered the original film. They removed all the original songs, covered up the authentic sound effects and have made it most disappointing. I have not provided a link because the new DVD is not worth watching. Hopefully, someday, the original will be released for all to enjoy! 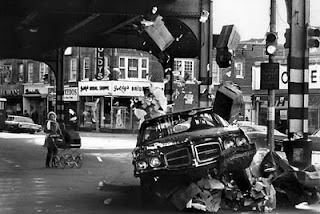 Anyone who has seen this movie remembers the fantastic footage of Gene Hackman (Popeye Doyle) driving his car beneath the elevated train in a mad race to capture the suspect. Most cinemaphiles consider this to be the greatest car chase sequence filmed. I can feel my blood pressure rise throughout the chase. The crash at the end was unplanned. The poor driver of the other car was not involved with the film and had just left home. He was reimbursed for his troubles.

I rambled on about Bullitt in an earlier post. But the car chase, featuring Steve McQueen in a fabulous Mustang, is worth the price of admission. Fast and fantastic! 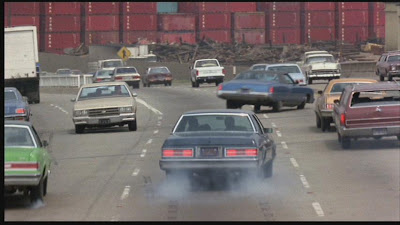 William Friedkin finds two of his films on this short list. He directed 'The French Connection" and, 15 years later, this film. Both contain magnificent car chases. The sequence in this film finds our drivers on and off the Los Angeles freeways in rush hour. My hands are still a little sore from gripping the chair so tightly while watching this chase.

John Frankenheimer, director of the cinema masterpiece 'The Manchurian Candidate', shows off his skills with the chase sequence in this movie. He retells the Japanese story of the 47 Ronin using the cold war as his backdrop. The movie is solid, but the car chase is fantastic!

Some other terrific car chases:

Mad Max - set in a post-apocalyptic future, this film brought Mel Gibson to the world's forefront.
Against All Odds - if you want to see a great movie watch the original 'Out of the Past' with Robert Mitchum, Kirk Douglas and Jane Greer. If you want a great car chase get this movie!
The Blues Brothers - this is not so much a car chase as a car destruction. Fun for everyone.
The Gumball Rally - semi-true story of illegal road race across America. For more info read the fantastic book by Brock Yates, Cannonball! World's Greatest Outlaw Road Race. One of the most entertaining books I have ever enjoyed.
Posted by CinemaSteve at 6:00 AM