Neil Simon is one of the great American playwrights. My post about 'Barefoot in the Park' encouraged me to reflect upon his many terrific plays and movies. This is a quick look at 5 of my favorite films written or based-upon Neil Simon's work. All of these films are worth adding to your netflix or purchase list immediately. One personal request. Please get the originals not the remakes. Almost everything that Neil Simon has written has been remade. NONE of the remakes are anything close to the originals. You have been warned. 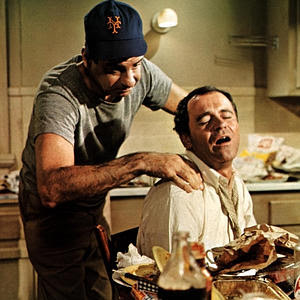 This is the quintessential Simon work. Witty beyond belief with strong eccentric characters with which we can relate or sympathize. This pair the fantastic duo of Walter Matthau and Jack Lemmon for the second of their ten classic films together. The best buddy opposites of the clean freak Felix with the sloppy Oscar still ring true (and hilarious). You should watch this film every few years. Even though it was released in 1968 it remains funny and relevant today. It is based upon the hit Broadway sensation which starred Matthau and Art Carney. The studio felt that Carney could not draw in movie audiences and was replaced by Jack Lemmon. Enjoy every fantastic scene.

Please read my earlier post for an in-depth look at this fantastic romantic comedy. This movie is sweet, funny and heart-warming at different moments. It is a wonderful date movie as well. Lots of humor and laughter, but enough romance and poignant moments to warm any date. 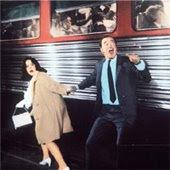 This is the best of its genre. The story of people on the go whose trips become disasters. All things that can go wrong do. Even some that seem as if they can't possibly fail somehow manage to make things worse. Jack Lemmon and Sandy Dennis star as George and Gwen Kellerman. They fly into New York so the Lemmon can attend a big job interview the next morning. Things go from poor to bad to horrible to worse, all in the space of one night. Painfully funny! Every bad break movie made since, 'Plains,Trains and Automobiles', 'After Hours', even 'Home Alone' owe a huge debt to Neil Simon and this film.
IMPORTANT: Avoid at any and all costs the horrible remake starring Steve Martin and Goldie Hawn!

George Burns and Walter Matthau star in this quick-witted comedy about two vaudeville performs who are asked to appear an a television special. The only problem;they can't stand each other. Years of touring and working together have driven the two very far apart. Both want to be on this television special, but each has their difficulties in reuniting. Classic Neil Simon! George Burns won an Academy Award for his performance as Al Lewis.

Barefoot in the Park 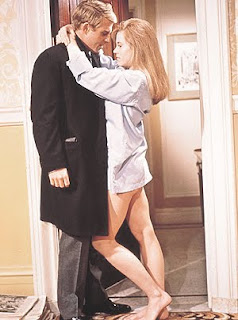 Another film that I wrote about in an earlier post. Fantastic film with Robert Redford and Jane Fonda as newlyweds moving into their first apartment after returning to New York from their honeymoon. Having known each other for only a few days before the wedding, and being of entirely different personalities, Paul and Corie Bratter have more than their share of difficulties during a tumultuous first week of marriage. The beginings of every marriage have their moments, but this week is a doozy. Having to walk up the six flights of stairs probably didn't help. Shama-Shama!

Some other Neil Simon films you may enjoy as well: