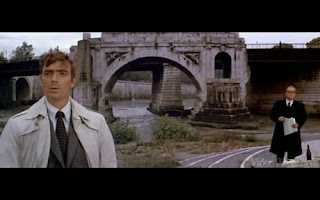 Before Skynet in 'The Terminator'. Before Whopper in 'Wargames'. There was Colossus:The Forbin Project. This is the first computer designed to protect humans that decides to rule instead. This film is done on a small special effects budget. No digital effects, no CGI, no cybernetic organisms. Just a bone-chilling story designed to instill both worry and thought.

The United States builds a supercomputer to take the personal/emotional (i.e. human) decision makers out of the nuclear loop. Only a purely logical, non-emotional computer can be trusted with Armageddon. Of course, once the computer becomes self-aware it decides that it is better than humans and decides to take over the world. Colossus' inventor, Dr. Forbin, must figure out some way to stop this machine.

Eric Braeden portrays Dr. Forbin. He is best known for his 20+ years on 'The Young and the Restless', but at the time he was a bit of a sci-fi star. He was also featured in 'Escape from the Planet of the Apes' and 'Six Million Dollar Man'. He does a very nice job here. He comes across as smug, superior, non-emotional and demanding. Just like the computer he invents. The script, written by James Bridges, is tight and intellectual. The story moves along quickly to a very surprising ending. 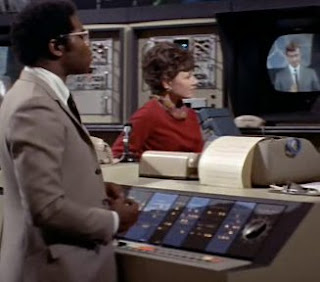 Colossus: The Forbin Project is intense and believable. A thriller that relies on intelligence, not monsters and explosions, to create suspense. It was also well ahead of its time. Themes featured in Colossus are still in vogue today. This film deserved better at the box office, but we can enjoy it today.

Posted by CinemaSteve at 1:11 PM