The Taking of Pelham One Two Three

This post refers to the 1974 original not the Travolta & Denzel remake. The remake is worth seeing, but very different in tone. 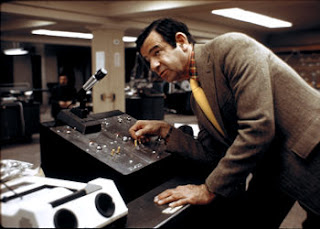 I was filled with trepidation when I first learned of the remake of this film. The original was released when I was 13 and is one of my favorite films of the 70s. Because it is near my heart I was quite worried that the original classic would be tainted. But that is not possible. This movie is one of the treasures of the era. It is a caper flick extraordinaire. When Walter Matthau asks "how you going to get away with this" I still wonder. Even though I have seen the film half a dozen times. The idea of hijacking a subway car is preposterous on its face. The Peter Stone screenplay of the John Godey novel makes it all come together.

Everyman actor Walter Matthau plays Lt. Zeke Garber, the transit cop in charge of protecting the hostages on hijacked subway car Pelham 123. Robert Shaw portrays Mr. Blue. He is the mercenary who has hijacked the subway car. He is aided by three associates named Mr. Green, Mr. Brown and Mr. Grey. Because we know nothing about the hijackers, not even their names, they seem more menacing. Mr. Green (Martin Balsam) is a former subway employee with a grudge who has figured out a way to "get away with it". The film splits its focus between the subway car and the police/city efforts to deal with these criminals.

I love caper movies. How will the criminals steal the loot, trick the police and escape capture are concepts that keep my attention. Also, the efforts of law enforcement or the victims to bring them to justice is an intriguing story line. The Taking of Pelham One Two Three combines both parts of the caper movie with equal aplomb. The criminals, and their master plan, are believable and compelling. The transit cops, city police and city officials are also realistic and interesting. I spend the viewing time following the details and personalities as they face each new intense moment. 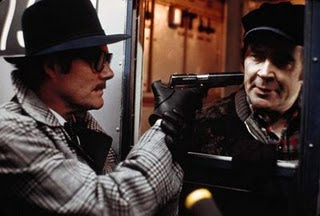 Walter Matthau is terrific. He plays the "regular guy" with skill. His characters are available to the audience. I feel like I know the guy he portrays (see my earlier blog about 'Charley Varrick'). He carries this film. With very little actual action for 3/4ths of this film, the dialogue and acting must capture the viewer and hold them. The entire cast does a fine job. Especially Matthau, Robert Shaw and Martin Balsam. All three of them make me want to see what happens next.

The David Shire score helps keep the tempo of the film. It is raw and gritty and makes me feel like I am on the train. The opening of the film has simple images, but the score makes you feel like the action is already happening! The soundtrack has been difficult to find for years. When you can find it, the soundtrack is usually expensive. NPR film music expert Andy Trudeau considers this film's score to be one his top 10 ever.

Interesting and exciting. Enjoy The Taking of Pelham One Two Three. 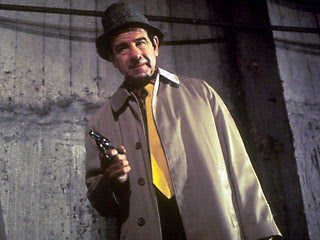 Notes:Since the release of this movie no #6 subway has left the Pelham Bay station at either 1:23 or 13:23. Just a little superstitious I guess. Also, the producer says that this film did very well at the box office in New York, London, Paris and Toronto, but was a flop in most other cities. Those four cities have large subway systems. And the color of the hat that each criminal wears matches their name.